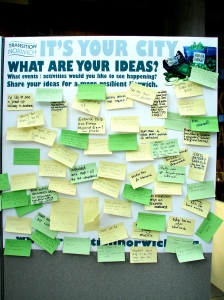 The Transition Movement is growing across the UK and the rest of the world, and has garnered a reputation as a vibrant grassroots movement for addressing climate change and preparing for a life beyond  the age of cheap oil. But despite plentiful positive publicity about this popular low-carbon living movement, little is known at present about the composition of these community-based groups. In order to find out more about who participates, and why, this membership survey of Transition Norwich was carried out during February 2009. An invitation to participate in the online survey was sent to the 200-strong email list held by Transition Norwich’s core group. Although not technically ‘members’ or even necessarily ‘involved’ with the initiative, these people have all indicated their interest at some point during the preceding few months, and receive emails about local actions and meetings – and some live further afield in Norfolk and may be engaged with other local Transition initiatives as well. This elicited 59 responses, a rate of approximately 27%. The survey collected both quantitative and qualitative data about the participants, their motivations and interests, their history of involvement in community or environmental groups, and how they perceived the Transition Movement in relation to other such initiatives. This report presents the survey findings, the first of their kind, offering important insights into the scope and potential of these groups to enlist wider support for behaviour-change activities than has hitherto been the case. Can the Transition Movement effectively engage communities in taking action to address climate change and peak oil? 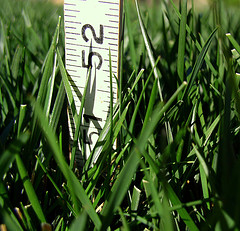