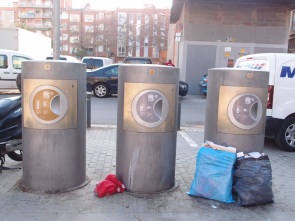 Drawing upon Adrian Smith’s fieldwork in Barcelona under the Knowledge Politics of Smart Urbanism project, a team of researchers from the project have co-authored a chapter about shifts in digital technology policy in the city over the last decade.

A draft manuscript of the chapter can be read here.

The chapter explains how changes in the political leadership and orientation of the city enabled a move from embracing the smart city and its corporate possibilities, and into a much more interesting and relevant exploration of democratic technology possibilities for citizens. Important here are arguments about the ways technology can help people know their city in different ways, but also differences over who gets to know what things about the city, and which kinds of knowledge have validity and authority to shape key governance decisions in the city. Whilst there are struggles over the flows of codified knowledge generated by digital technologies – most strikingly in the struggle between treating knowledge as proprietary or commons – it remains important to recognise that knowledge politics extends to the way that more situated, embodied, and tacit knowledges feature in decision-making about the city.

The chapter features in a new book called, “The Politics of Urban Sustainability Transitions: Knowledge, Power and Governance” and edited by Jens Stissing Jensen, Philipp Späth and Matthew Cashmore.